The days will be getting cooler soon and a good savory Low Sodium Pot Roast Recipe will be essential. But I like pot roast so much I often make it even in the middle of summer. Yes, I’m still an old fashioned meat and potatoes guy.

This low sodium recipe is even better because it is made in the Instant Pot. Which saves you time and you can make this meal in a fraction of the time of a slow cooker and still have dinner that evening.

I must say I was surprised at the sodium level as I thought it would be much lower. Over half of the sodium comes from the meat according to the nutrition calculator, but it is still much lower than most recipes. With this low sodium pot roast recipe your sodium is about 200 mg of sodium per serving with the ingredient amounts listed. It may vary slightly due to the weight of the meat, potatoes and carrots used. But any minor differences will be mostly negligible.

The best thing is you can have a meal the same night using the Instant Pot. I still keep bragging about the Instant Post and love all the things you can cook with it, the ease and time saved.

You have a lot of choices in making your meal and the ingredients that go into it but the cooking basics are virtually the same.

You can choose from several cuts of beef, the type of potato to include, if you want carrots or not. And finally if you want to use the natural juices from the pot or make gravy with it. I will touch on each a bit coming up.

Shown in the picture are some of the low sodium product ingredients that I used.  You may or may not be familiar with all of them so I wanted to point them out.

THE BEST CUT OF MEAT FOR POT ROAST

A pot roast cooks for a much longer period of time, so in either the Instant Pot or a slow cooker it is perfect to use tougher, cheaper cuts of beef.

The following cuts of beef can be used for great pot roasts:

Personally, my favorite cut of beef is a chuck roast for pot roast. Chuck roast generally has more marbling and turns out even more tender and flavorful in my opinion. The meat shown in this recipe was literally falling apart pulling it out of the pot. I also love this cut as you can often find it on sale at a great price!

Use a sharp knife and cut the roast into 3” to 4” chunks. Trim and discard any excessive fat from all the edges of each piece. Don’t worry if there are any small fat deposits left. It won’t hurt anything and will just add to the flavor.

Cutting the roast into chunks serves several purposes for this low sodium recipe. One, it will cook even faster in the Instant Pot. Two, it allows for easier excessive fat removal. And finally, when you sear the meat it allows much more surface area of the meat to develop bits of caramelization. Those little brown bits are essential for making better gravy and for the meat to soak in the juices. Absolutely Sumptuous!

It is possible to cook a frozen roast in the Instant Pot but I highly recommend you don’t. You would be missing out on so many flavor opportunities that are so important for a low sodium meal. Also, any extra fat cannot be cut off and it takes longer to cook. For this reason, I never have and therefore won’t follow up further using a frozen roast with this recipe.

YOUR CHOICE TO USE NATURAL JUICES OR MAKE GRAVY

After you have removed the meat, potatoes and carrots, you can use the natural juices as is like Au jus or make gravy. I prefer the gravy as it coats and sticks to the meal providing even more savory taste with the additional gravy ingredients.

After removing the solids and leaving just the juices in the pot, over medium heat, stir in the additional gravy ingredients. Then add the Wondra or flour a little at a time until it thickens up to your desired consistency. The exact amount of Wondra or flour will vary depending on how much liquid is left in the pot, so go easy.

THE POTATOES AND CARROTS

For a whole complete meal, potatoes and carrots work perfectly in the Instant Pot to make a tender Pot Roast Low Sodium meal. The potato and carrots will be added the last 10 minutes of cooking.

The choice of potato is up to you, all are good. A russet potato in large cubes, red potato cut in half or Yukon gold type potatoes whole.  My preference is Russets with skin on. I always have them on hand and love them with the skin on.

You can always separate the potatoes and mash them up too. It just depends what you feel like and if you have a few minutes more.

Big carrots are best to use for this recipe and cut them into large 2″ pieces.

Neither vegetable should be submerged in the liquid but instead, should be layered on top of the chunks of meat or a steamer basket as they cook. Cooking the potato chunks and carrots the entire time you cook your pot roast will turn the vegetables to mush. So be sure to follow the directions and add them the last 10 minutes of cooking.

A few of my other great dishes to enjoy!
Equipment and special ingredients for this recipe.* (Amazon links) For the meat seasoning:

For the brown gravy:

For the potatoes and carrots: 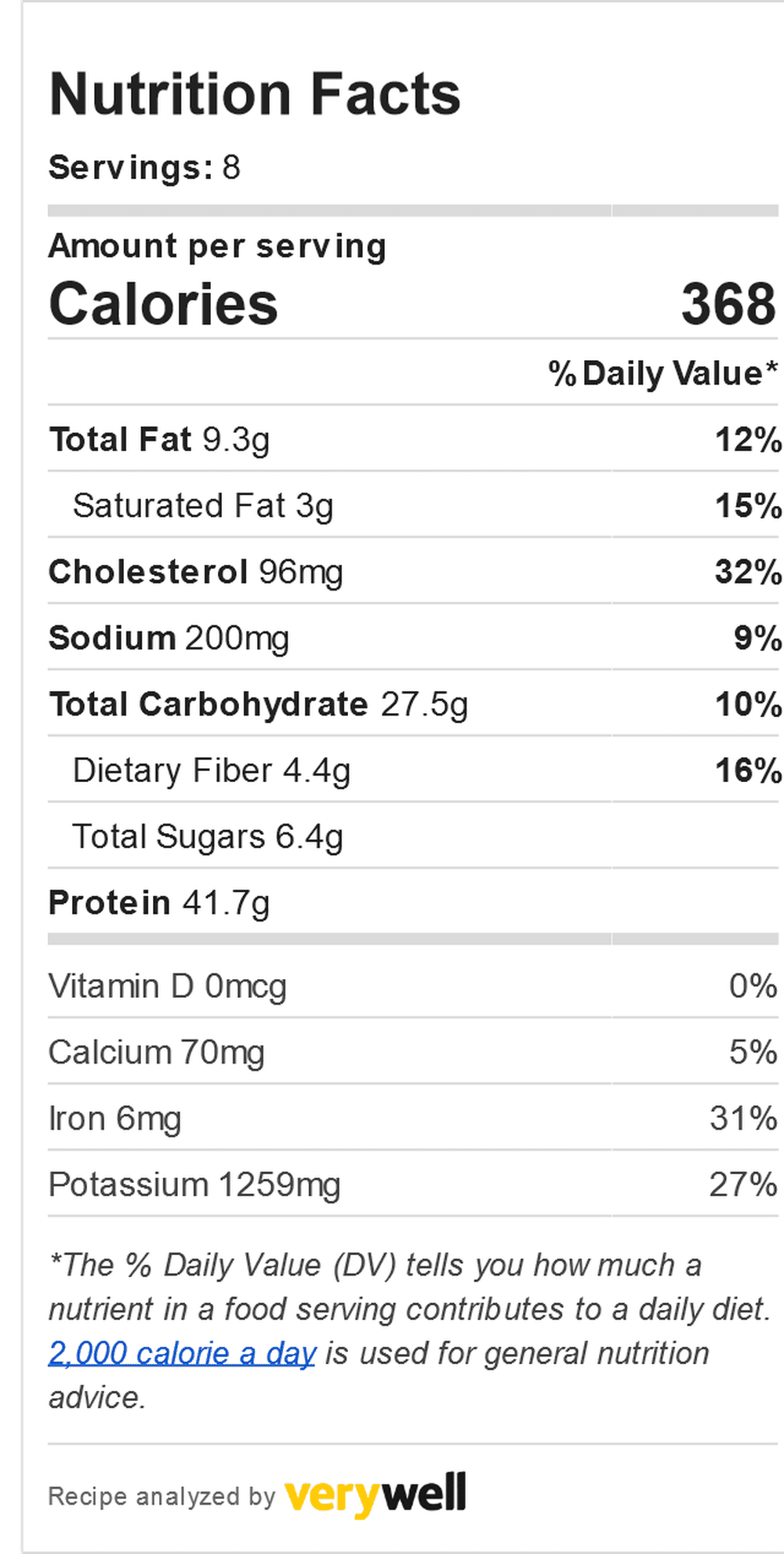